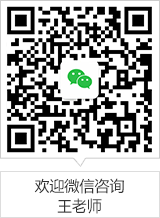 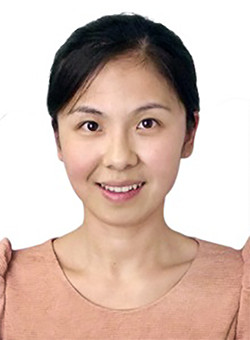 Biography: Dr. Li Zhang obtained her doctor degree in in Kumamoto University, Japan in 2011. Since 2015, she had been an associate professor in Chinese Research Academy of Environmental Sciences. In 2017, she transferred to Beijing University of Technology and became a professor and a master supervisor. In recent 5 years, based on the National major scientific research plans such as "Major Science and Technology Program for Water Pollution Control and Treatment, National Key Technology Support Program, National Natural Science Funds Fund" and so on, composed of 3 research assistants and 10 graduate students, her research team focused on investigating high-rate nitrogen removal by Anaerobic ammonia oxidation (Anammox) process. They utilized combined techniques (spectroscopy, mass spectrometry, molecular biology and so on) to elucidate the distribution characteristics of microbial communities under different environmental conditions, and reveal their role in the process of nitrogen migration and transformation. She was awarded Second prize of Environmental Protection Technology Award (ranked eighth) in 2015; First prize of the excellent paper in academic annual meeting of Chinese Society For Environmental Sciences in 2015; "Outstanding young scholar" certificate issued by Japanese Society of Biology in 2012; Second prize of Environmental Protection Technology Award (ranked fifth) in 2018. She published nearly 60 research papers, among which nearly 40 papers belong to SCI. 9 item patent was authorized. And also 5 monographs were published. She also work as a peer reviewer of some journals, including Journal of Bioscience and Bioengineering，Bioresource Technology，Estuarine, Coastal and Shelf Science，Ecological Engineering, Science of the Total Environment and so on.

Abstract: Anaerobic ammonium oxidation (Anammox) is a cost-effective process used to treat highly nitrogenous wastewater; however, the fate of organic nitrogen during treatment is still unclear, limiting its practical application. In this work, the quality change of dissolved organic nitrogen (DON) in coal liquefaction wastewater during the Anammox process was studied in relation to its chemical composition by Fourier transform ion cyclotron resonance mass spectrometry (FT-ICR-MS). Molecular-level characterization of extracellular polymeric substances (EPS) in the Anammox sludge was also reported for the first time. The relative contribution of N-containing formulas by summing up the normalized intensities was more than 30% of all the dissolved organic matter (DOM), highlighting the complexity of nitrogenous compounds in the influent. Additionally, the Anammox process seemed to be more apt to remove DON compounds with fewer carbonyl or carboxyl groups, more aromatic structure and more oxidative property. Lignin-like substances were verified as the predominant component of N-containing compounds in Anammox EPS, followed by protein and condensed aromatic structure substances. DON compounds with higher saturated degrees, lower molecular weight, and more lignin-like properties seemed more prone to absorption by Anammox EPS. A series of microbe-mediated pathways were shown to be responsible for DON biodegradation, revealing the organic and inorganic nitrogen removal mechanism in the Anammox reactor. The obtained results are critical to the ongoing efforts to optimize the Anammox process. 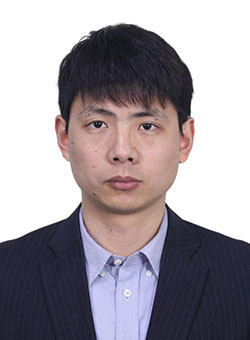 Biography: Dr. Yingchun Chen is with College of Mechanical Engineering and Applied Electronics Technology, Beijing University of Technology. He got his Ph.D in Mechanical Engineering from China University of Petroleum-Beijing. His research interests include: AC corrosion and nondestructive testing on Oil & Gas pipelines, marine tubing mechanics. He is the deputy director of Zhongguancun Open Laboratory and Rixin Scientist of Beijing University of Technology. He is in the Editorial Boards of Oil & Gas Storage and Transportation. He was the session chair of IEEE International Conference on Mechatronics and Automation (ICMA 2013) and International Conference on Corrosion Protection and Application (ICCPA 2019). He serves as reviewer for many nondestructive testing journals. He has received many accomplished and ongoing projects, such as the National Key Research and Development Program of China, National Natural Science Foundation of China, National High Technology Research and Development Program of China and so on. He has published more than 60 papers of which 25 are indexed by SCI, 20 Chinese Patents and 1 industry standard.

Abstract: With developments in electric power, energy, and transportation industries in china, the number of steel pipelines is now increasing rapidly as energy transportation through pipelines has unique advantages. Since oil & gas within the pipelines are flammable and explosive, pipeline failures would cause many casualties and huge economic losses, also resulting in serious pollution to the environment. Therefore, pipeline damage inspection is of top priority to insure the safety of pipelines. However, the existed external inspection technologies for buried pipeline damage demand excavation of the pipeline which makes these technologies of high cost and low efficiency. Meanwhile, excavation of the pipeline may cause new damages to the pipeline. In order to solve this both scientific and engineering challenge, a noncontact detection technology based on weak magnetic field was proposed. This talk will present a systematic report on the research of this technology which mainly includes: 1) the detection mechanism; 2) design on a multi-space full tensor magnetic gradient detection array probe; 3) coupling law of pipeline damage and magnetic anomalies along with its decoupling method; 4) pipeline damage identification and positioning algorithm; 5) engineering applications.